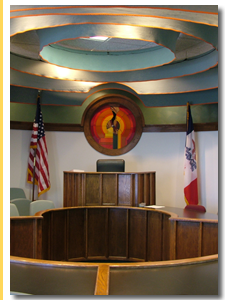 Can I be compensated even if the accident was my fault? | Who can I sue for compensation for my injuries? | How much compensation can I get? | Will I have to go to court? | Where will the money to pay for my injuries come from? | When will I get my money? | What do I do if I can't afford a lawyer? | Do I have to go to the doctor? | How soon must I file my claim? | What if the responsible driver or his or her insurance company offers me a check?

Deciding whether a driver was negligent in a motor vehicle accident can be difficult.  Sometimes you may feel that another driver, a cyclist, or a pedestrian didn't use a reasonable amount of care, but you may not know exactly which rule or rules he or she broke.  An experienced personal injury lawyer will be able to help you determine if another person was negligent.  The attorney will consider many sources, including state traffic laws, police reports and the statements of witnesses to the accident.

Courts consider many variables in making a determination that a driver or another person was negligent.  These variables may include:

A driver may also be held responsible for an accident if he or she acted recklessly.  Reckless driving is driving unsafely, with "willful and wanton disregard" for the possibility that such action will cause an accident.  Reckless drivers intentionally disregard the possible consequences of their actions while driving.  For example, a driver may be found reckless if he or she threatens or harasses another person while driving out of "road rage" and causes an accident.  Road rage is defined as "an assault with a motor vehicle or other dangerous weapon by the operator or passenger(s) of another motor vehicle or an assault precipitated by an incident that occurred on a roadway."  Criminal charges may also result.

Between 1990 and 1997, almost 13,000 people were injured or killed in car accidents that were caused by aggressive driving, according to studies by the National Highway Traffic Safety Administration (NHTSA) and the American Automobile Association.  Another NHTSA study shows that dangerous driving by others, including speeding, is considered a threat by 60 percent of drivers.  Approximately 30 percent of these drivers felt that their personal safety, or the safety of their families, was threatened in the past month.  Sixty-seven percent of these drivers felt that their safety was threatened during the past year.

Aggressive drivers are those who speed, tailgate, move quickly from lane to lane, flash their headlights excessively and use other dangerous driving techniques.  Police officers and traffic safety officers are increasing efforts to catch and punish these aggressive drivers.  Aggressive driving is defined by the NHTSA as "a progression of unlawful driving actions," such as:

The NHTSA offers the following tips on how to avoid an accident with aggressive drivers:

In the past year, over one million people were injured in alcohol-related motor vehicle accidents and every 30 minutes, someone in the US dies in an alcohol-related accident.  In a drunk driving accident, the drunk driver will be held responsible for the injuries and damages that he or she caused.  In addition, in many states, a bar or a person who hosted a social event or party may also be responsible for these damages if they served alcohol to a patron or guest who was obviously intoxicated.  However, holding the bar or host responsible doesn't relieve the drunk driver from their obligation to pay for the damages.  There are many laws covering liability and an experienced personal injury lawyer will use these laws to take into account everyone who may be held liable for your injuries, including people or business that you might not have considered.

Sometimes motor vehicle accidents aren't caused by either driver involved, but by a defect or malfunction in one of their automobiles.  If this type of accident occurs, the manufacturer or the supplier of the automobile or automobile part may be held responsible under the law of "products liability."  Products liability law governs lawsuits brought by consumers against sellers of a product for selling a defective product, which caused an injury to the consumer.  Manufacturers that create a defective product, either in the designing, manufacturing or labeling stages, can be held responsible for the injuries caused by the product.  Under the law of products liability, it doesn't matter if manufacturers are negligent or not, they are still responsible for any injuries caused by their defective product.

Another situation in which the drivers in a motor vehicle accident may not be held responsible for the accident is where an auto technicians didn't correctly repair one of the vehicles and the improper repair caused the accident.  If an incorrect repair job caused an accident, the auto mechanic may be found negligent.  If the auto mechanic is negligent, the mechanic and his or her employer may be held responsible for the injuries and property damage that the accident caused.

Variables unrelated to the drivers or vehicles involved in the accident may also contribute to an accident.  These factors may include poorly designed or maintained roads, broken traffic signals, road construction, or obstructions that make it difficult to see the road properly, such as signs, bad lighting, trees or utility poles.  If one of these variables causes an accident, government bodies that control these things may be held responsible for any damages.  However, there are special rules involved in suing the government.  An experienced personal injury lawyer will be aware of these rules and will be crucial in enabling you to win your lawsuit.

No matter what the situation is with your accident, it is crucial to the eventual success of your lawsuit that you take steps to investigate your accident, protect evidence, and obtain the professional opinion of doctors or other experts about any injuries or damages that you have suffered.  If you have been in a motor vehicle accident, a personal injury lawyer will be able to assist you with all of these things.  An experienced personal injury lawyer will also be able to decide the best method to help you recover compensation for your injuries or property damage.

If you would like to schedule your initial consultation contact an Iowa motorcycle injury attorney, representing clients in Newton, Iowa at the Lipman Law Firm. Give us a call at (515) 276-3411 or email us at This email address is being protected from spambots. You need JavaScript enabled to view it..